As part of its framework programme Horizon Europe, the European Commission has developed five missions with ambitious goals that will deliver concrete results by 2030. One of the missions, on climate-neutral and smart cities, will serve as the context in which the MOSAIC methodology will be tested in cities. 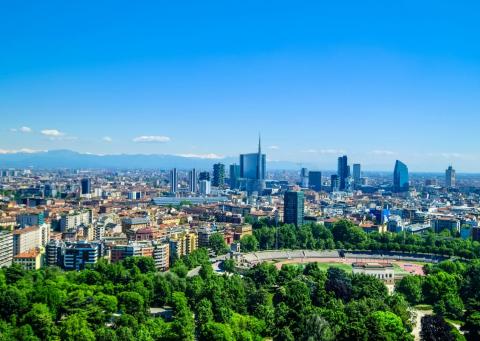 The Mission on Climate-Neutral and Smart Cities (Cities Mission ) aims to deliver 100 climate-neutral and smart European cities by 2030, while paving the way for remaining European cities to become climate-neutral by 2050. It aims to create a bottom-up approach towards achieving climate-neutrality, supported by a Climate City Contract, which requires the participation of the entire local ecosystem and support from all governance levels.

The mission presents a unique and unprecedented approach to the goal of climate neutrality. This new demand-led approach brings together all key stakeholders within a city, as well as the respective national/regional governments and the European Commission to work towards the same goal. The Climate City Contract provides a novel tool to ensure that all key actors - local authorities, private sector, academia, citizens/civil society - will work together towards the same ambitious goal via a joint strategy. The multi-sectoral and multi-actor dimensions will be key for the mission’s success.

The Cities Mission is therefore ideally placed to engage European citizens and stakeholders in the pressing global challenge of impending climate change, as it focuses strongly on the places where most Europeans live, work and move. While the overarching ambition of the mission relates to the issue of mitigating climate change, achieving success within this mission requires not only significant technological innovation but also a paradigm shift within the public sector, on local, regional, national and European levels, regarding the inclusion of the general public.

The Mission Implementation Plan, which describes the objectives, activities and process for the mission, was published in September 2021 when all five missions were launched.